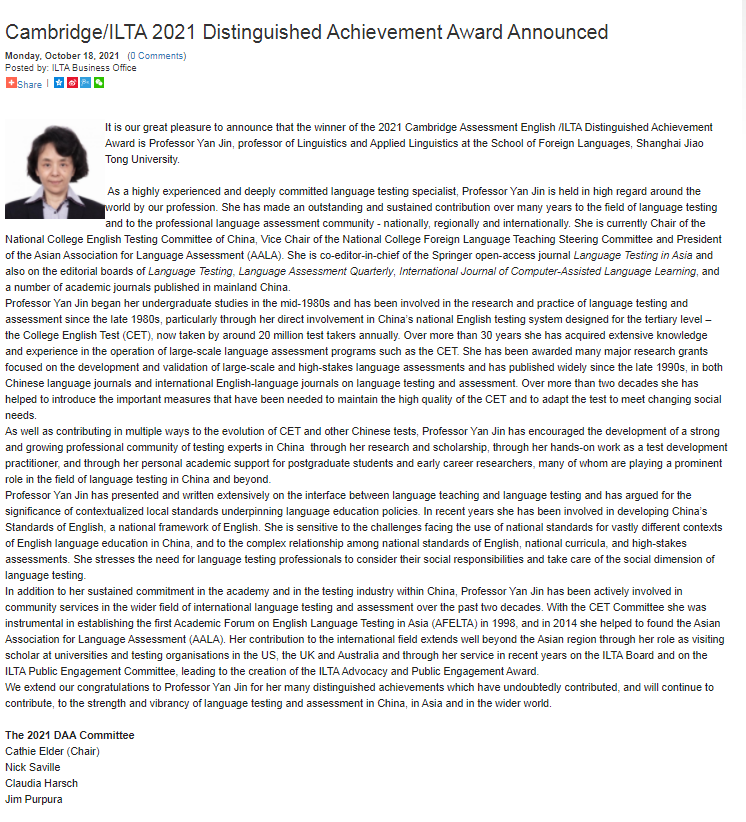 Sun Hang, a doctoral graduate of the School of Foreign Languages, won the 2020 Asian Language Testing Association Outstanding Doctoral Thesis Award. Every year, the award committee of the Asian Language Testing Association conducts the selection of excellent doctoral dissertations in the previous year, whose authors need to graduate from universities in the Asian region. At its annual international conference, the association presents awards and invites the winners to give keynote speeches. The judging criteria for an excellent doctoral dissertation is that it needs to make an academic or professional contribution to the field of language testing, can promote the development of Asian language testing, is original and innovative, and has excellent technical quality and expression, etc. To meet the above conditions, an award-winning doctoral thesis is necessary to have a high level of expression, innovation and academic level. 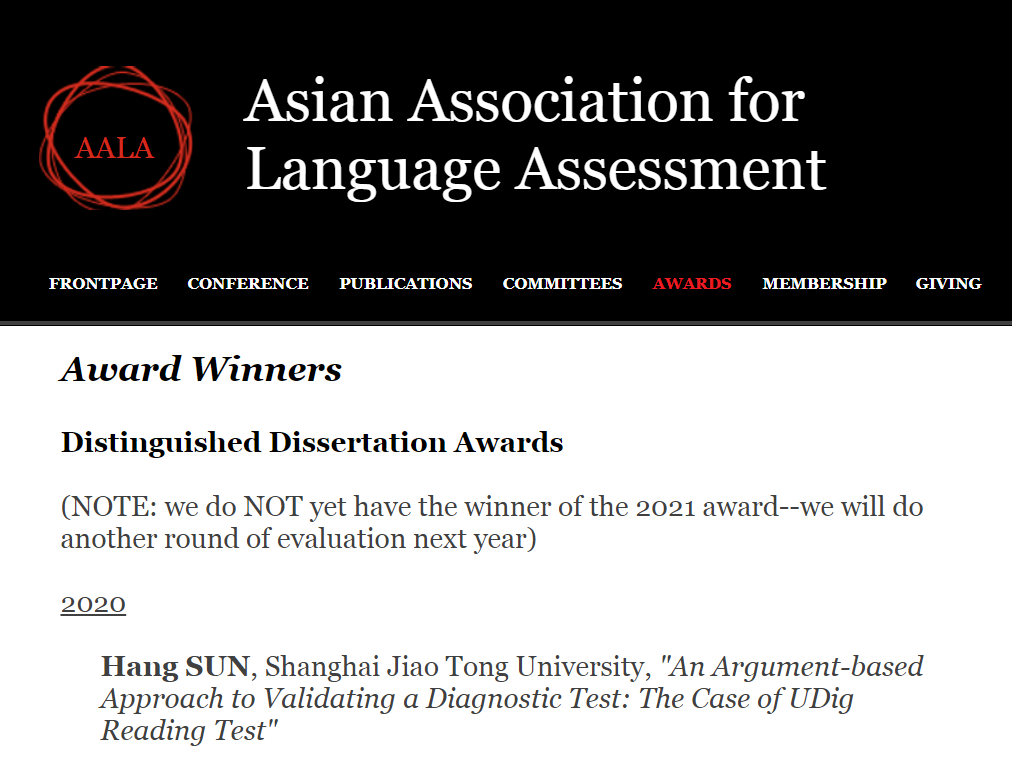 In the future, School of Foreign Languages will continue to deepen the study of language testing, seize development opportunities, make full use of the practical experience accumulated over the past 30 years, continue to reform and innovate, and make due contributions to Band 4 and Band 6 exams and the national foreign language proficiency evaluation system.