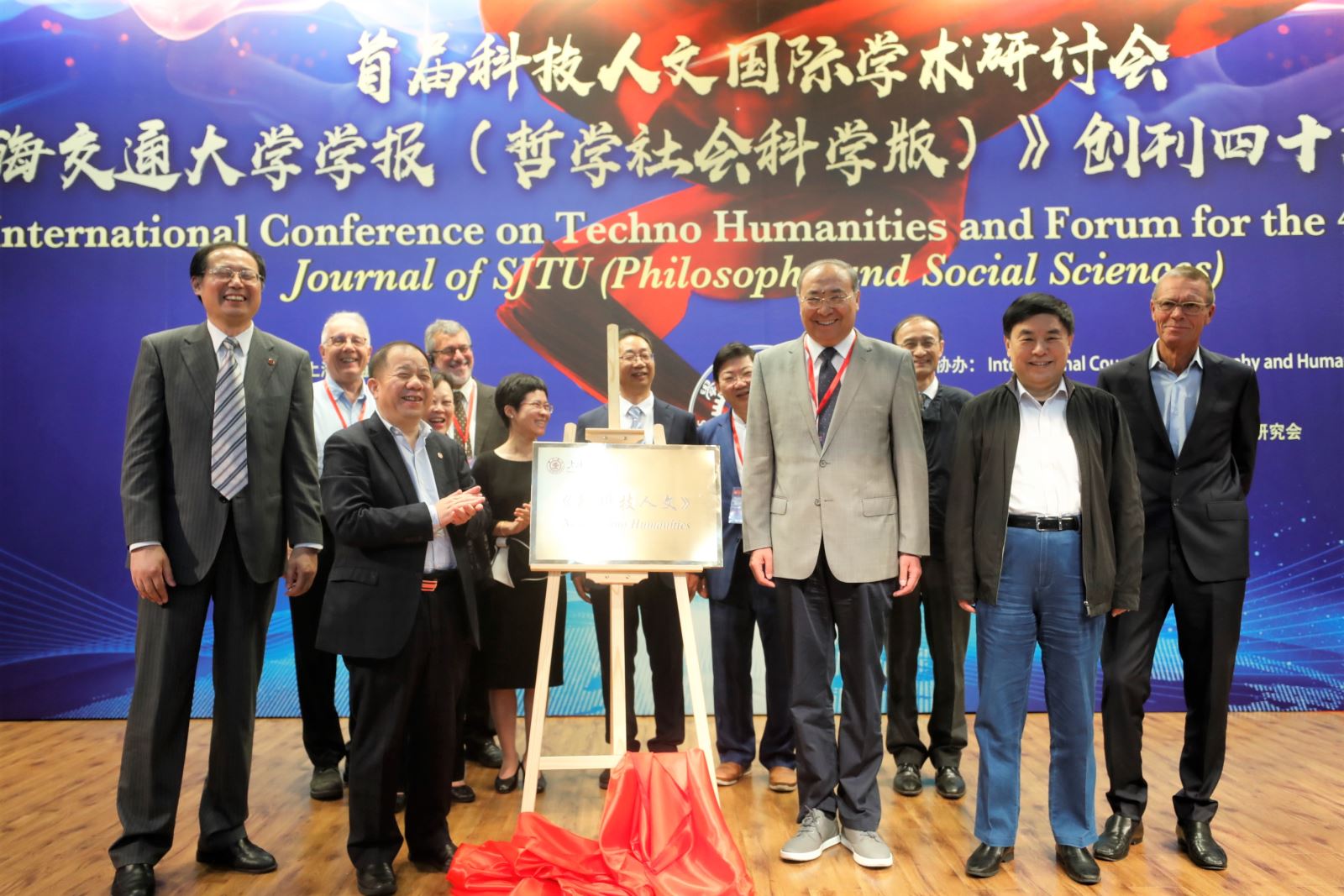 To discuss these issues, renowned academicians, editors, university assessment experts and humanities scholars at home and abroad gathered at Shanghai Jiao Tong University from October 10th to 12th to join the “First International Symposium on Science, Technology and Humanities & The 40th Anniversary Forum of the Journal of Shanghai Jiao Tong University (Philosophy and Social Science)”. During the symposium, the First “Rongtong Cup” English Debate Competition on Science, Technology and Humanities was held under the theme of “The Relationship between Artificial Intelligence and Human Society”, in which outstanding debaters from the C9 League impressed the audience with excellent performance. Lin Zhongqin, President of Shanghai Jiao Tong University, attended the opening ceremony and the Principal and President Forum and presented awards to the winners of the debate competition. 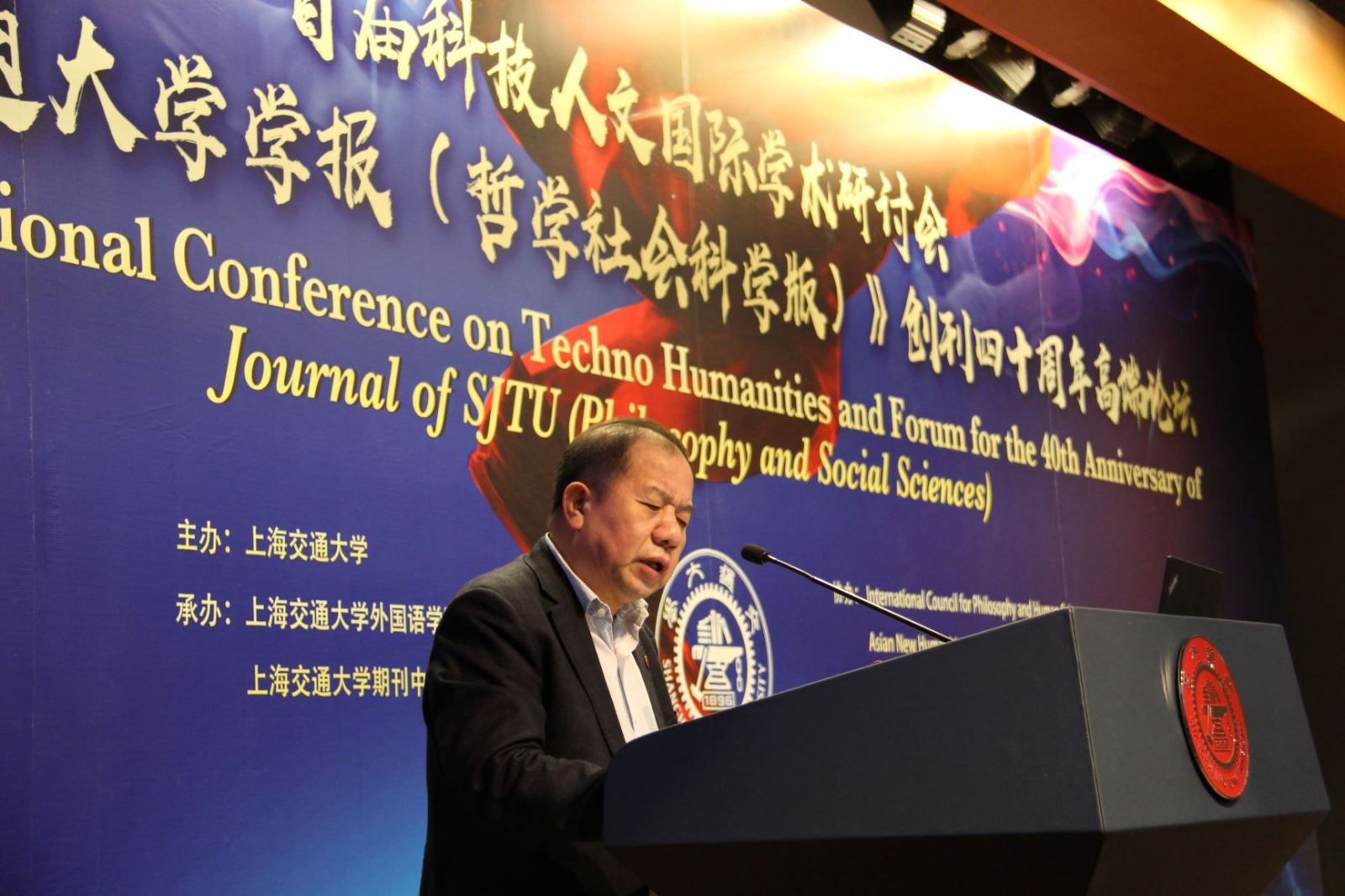 Attendees of the Principal and President Forum included President Lin Zhongqin of Shanghai Jiao Tong University, President Simon Ho Shun-man of the Hang Seng University of Hong Kong, President Chao Gejin and Secretary General Luzi Oosterbeek of the International Council For Philosophy and Human Sciences, UNESCO, President Xiong Bingzhen of the Asian New Humanities Network, and President Tim Jensen of the International Association for the History of Religions. As educators and scholars, they shared wisdom through the discussion on the topics such as the integration of science, technology and humanities disciplines, the building of new liberal arts, changes of higher education in the age of technology, and the cultivation of young people for the wellbeing of mankind. 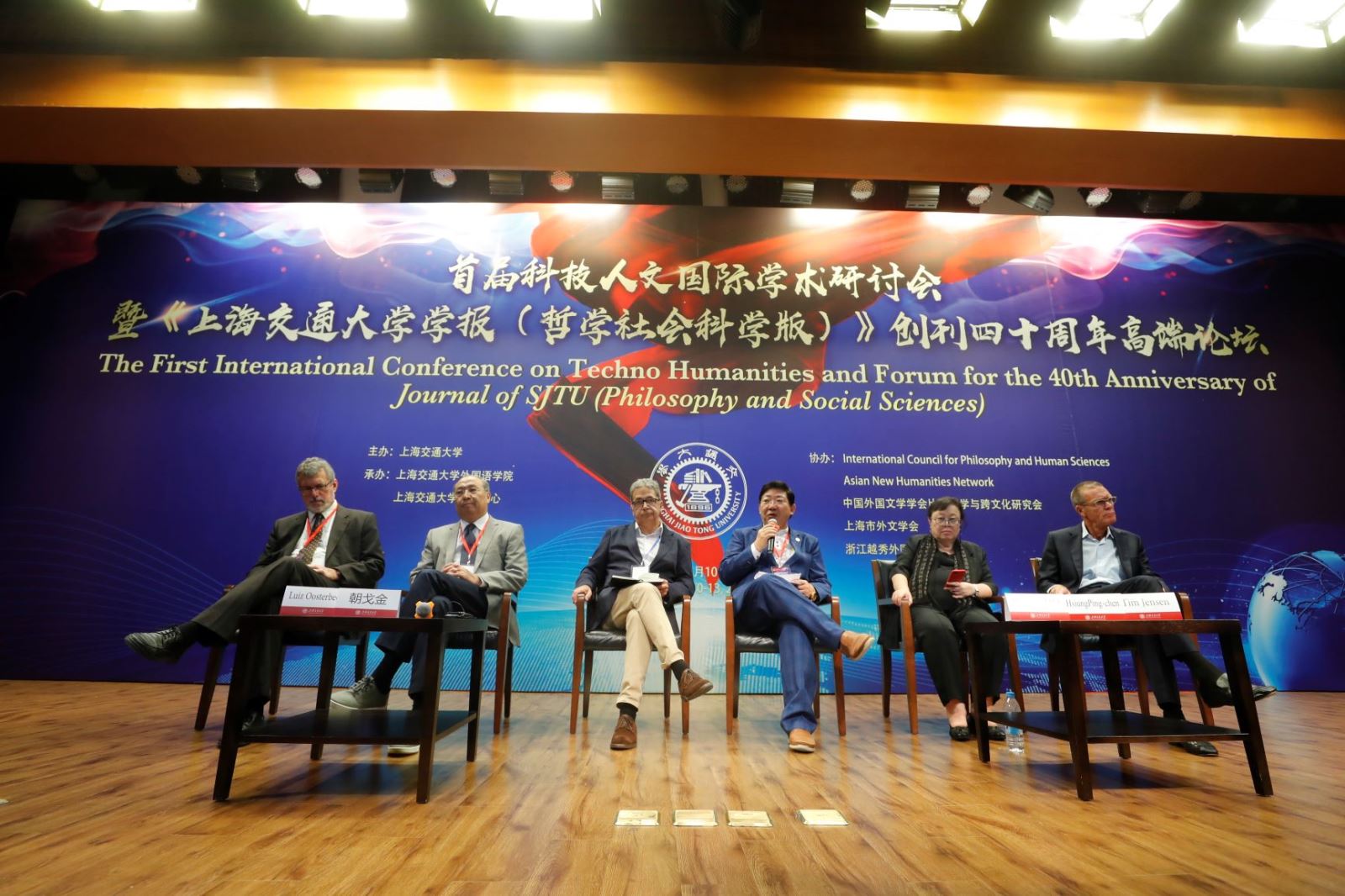 Over ten prominent scholars from China and abroad delivered inspiring keynote speeches on the relationship between humanities and new technologies. David Goldberg, Director of the University of California Humanities Research Institute, demonstrated how algorithmic logic would construct, enhance, and limit our life, emphasizing that algorithm is encoding our life and creating new concepts concerning sociality and value. Wang Ning, Dean of the School of Humanities at SJTU, believed that humanities and technology are complementary in this era, and that humanities will play a new and important role. Liuz Oosterbeek, Secretary General of the International Council For Philosophy and Human Sciences, UNESCO, shared his view about the relationship between humanities and new technologies. Chao Gejin, President of the International Council For Philosophy and Human Sciences, UNESCO, talked about the possibilities, opportunities and challenges of technologies and humanities as a folklorist. Xiong Bingzhen, President of the Asia New Humanities Network, introduced the latest achievements in the cognitive studies of Chinese literature enlightenment from an interdisciplinary perspective. Professor Ye Shuxian from SJTU discussed how China should grow its cultural influence based on its IT advantages through the example of Huawei’s own operating system HarmonyOS. 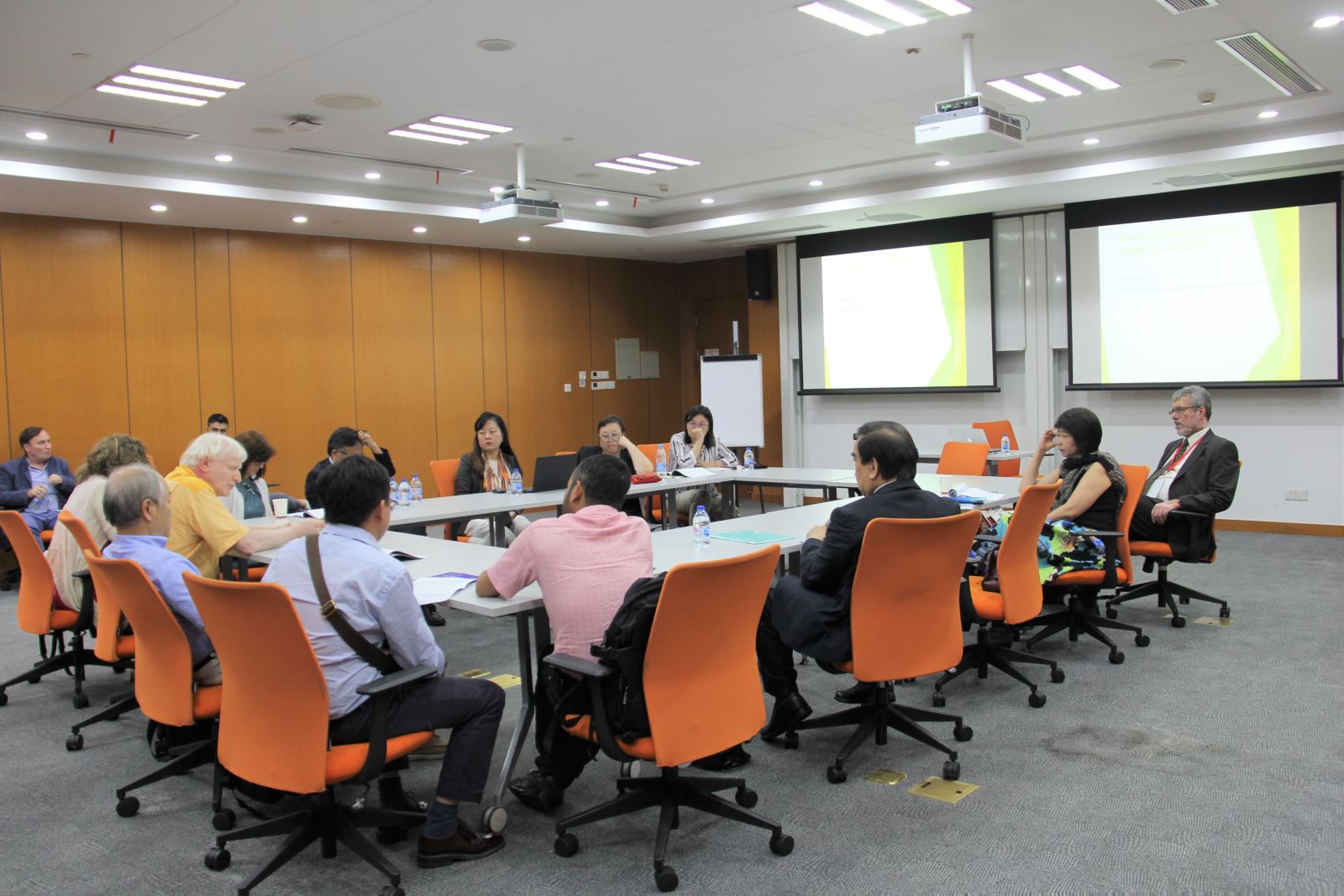 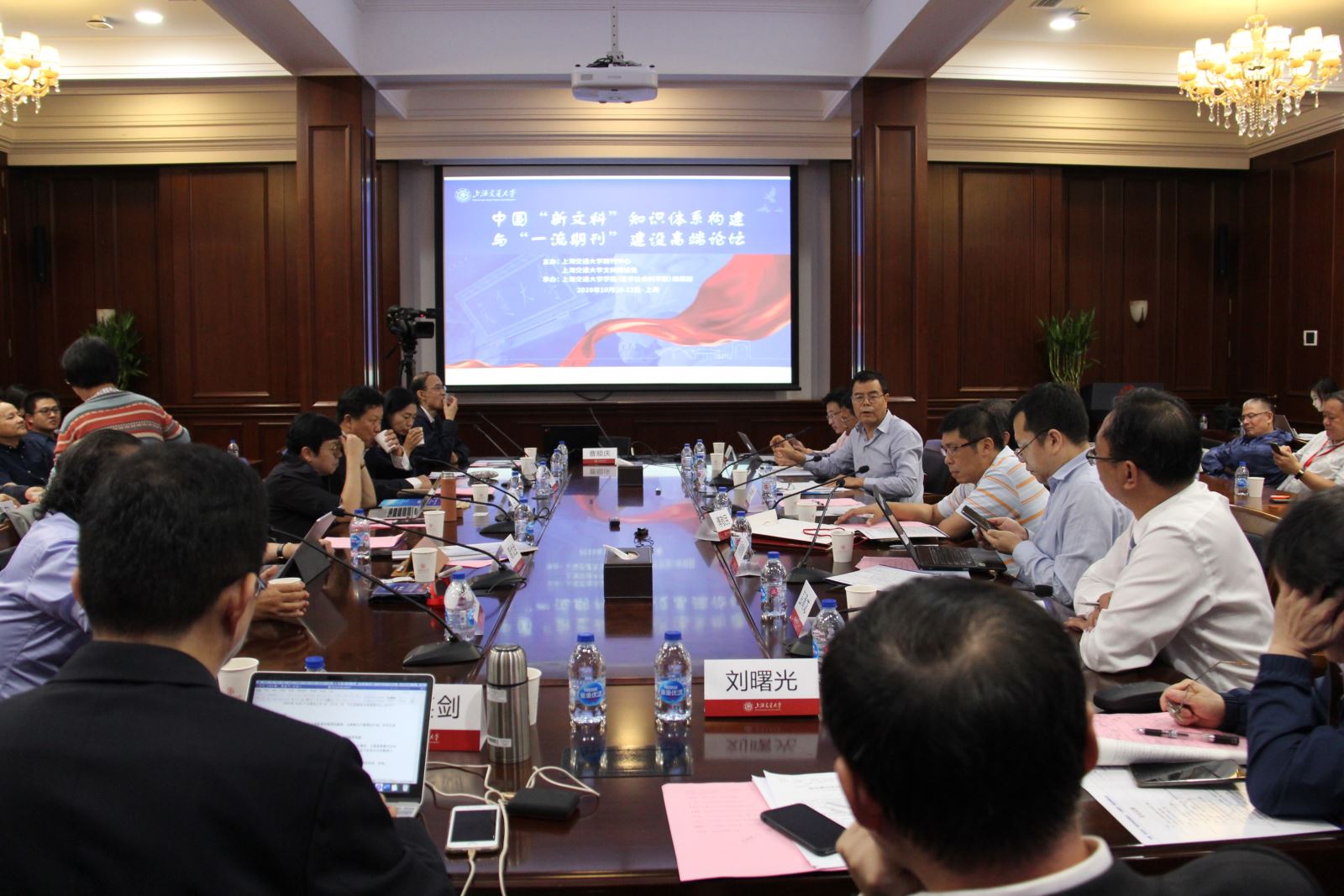 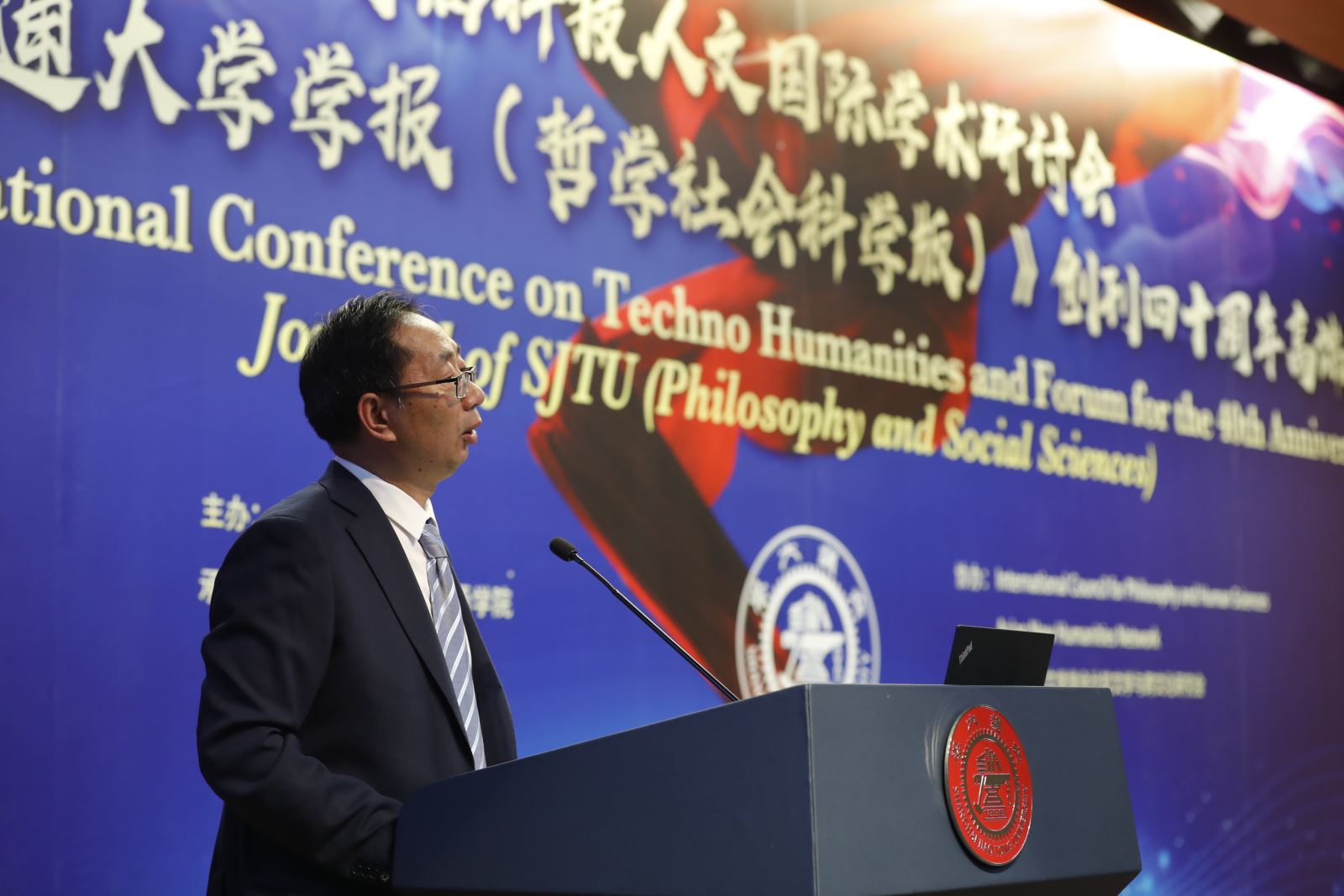 Professor Peng Qinglong, Editor-in-chief of the Journal of Shanghai Jiao Tong University (Philosophy and Social Science), said that the International Symposium on Science, Technology and Humanities was an important initiative calling on Chinese universities to further explore interdisciplinary research in humanities and sciences, and also a new attempt to build China’s new “liberal arts” system, in which standards and an evaluation system of high-quality interdisciplinary research should be the focus. The conference has served as a wonderful platform to pool wisdom, where new ideas and perspectives were offered to break the boundaries of science, technology and humanities, promote the integration of natural science and social sciences, establish a new evaluation system, and build a discourse system of science, technology and humanities with Chinese scholars as key players.